Barclays recently communicated internally that it will cease to engage contractors who provide their services via a personal services company, limited company or other intermediary. Instead, the bank will engage contractors on a PAYE basis only for new or extended contracts from 1st January 2020.

The decision has been attributed to the forthcoming changes in the way HMRC will apply rules for off-payroll working.

When it comes to IR35 private sector changes, those organisations have adopted a one-size fits all approach. They’ve effectively declared all contract roles ‘inside’ IR35. Some are offering the opportunity to transfer to a permanent employment contract or to work via an umbrella company — but with considerable consequences to their contractor population.

IR35 is influencing the supply and demand of skilled talent in many ways. What are the consequences to the market? Miles Stribbling, Consultant at Hudson RPO, explores the latest news from IR35, and how it may affect your business as well.

Which IR35 changes will affect the private sector?

Currently, HMRC requires contractors to self-assess their employment tax status and pay the appropriate taxes. This means that many workers have been able to engage in off-payroll working contracts when they are actually carrying out the role and being managed in the manner of an employee.

From 6th April 2020, HMRC requires that the end user of the services (client) takes on the responsibility for determining the tax status of the worker and communicate the decision to the worker and agency/intermediary. It is the expectation that both parties will work in consultation, taking ‘reasonable care’ when making assessments and resolving any disputes. It is not intended that hiring teams make blanket IR35 assessments.

Additionally, the end user (client) assumes liability for unpaid taxes if HMRC fails to collect these from the ‘fee payer’ or from other parties in the supply chain. Claims and penalties can be applied retrospectively.

What options are available to end users of contractors?

The approach taken should not be determined by the size of an organisation. However, a company with 1000+ contractors will naturally experience greater issues than those with 10.

A thorough audit of the contract workforce should be undertaken. Employers should conduct an individual assessment of the assignment, skills required, and conditions of work.

With this information, the following options are available:

This presents a considerable amount of work. Understandably, large organisations will consider all options before committing money and resources to tackling the challenge.

Many organisations will have contractors falling into several different categories. The added complexity is likely to require specialist skills to get the correct contracts in place.

Employers adopting this approach will not necessarily keep all of their contractors happy. But, they will have followed the HMRC guidelines and should have remained engaged throughout the assessment process, providing clear communications.

The audit process should provide the company with a far greater understanding of their contingent workforce and offers them the opportunity to make strategic decisions using this information. It certainly lends itself to those looking to reduce their cost base via benchmarking or other activities

Those companies that have made the decision to solely offer PAYE contracts from 1st Jan 2020 have likely weighed up the costs of rolling out a large-scale assessment programme, as well as legal and procurement costs.

What is the impact of IR35 private sector changes?

Apart from companies having to prepare for legislation change and all the associated work, there is considerable unrest within the contractor community. After I recently wrote about IR35 and the digital skills shortage, I was contacted by an anonymous contractor who made their thoughts clear:

I’m usually pretty optimistic about most things, but despite having skills and experience that was until recently in very high contract demand, and serving multiple clients, I’ve already had a number of my clients terminate the arrangements; each have cited IR35 as the reason. Work has been either cancelled or moved to offshore providers. I am facing an immediate existential threat to my business (despite some careful financial planning over many years).

I have two options: take a permanent position with a very significant downsize adjustment whilst drawing down from earlier financial planning; or, move overseas. Initial enquiries suggest few employers want to take me on as a permanent member of staff (age, experience, and long-time contracts history is “off-putting”). Yes, that’s discriminatory but also my reality. Overseas interest and flexible contract opportunities are proving stronger, so I’m actively exploring that.

So, UK will likely lose my skills, experience, and taxes; and I’ll likely work for a company that probably competes against UK companies. I never wanted this.

I have been unable to follow up directly with this individual, but it is a sentiment shared widely in online contractor forums and communities.

For many people, the financial cost of working ‘inside’ IR35 on a PAYE basis is unacceptable. It is not clear to what extend the day rates of contractors will be benchmarked against permanent employees. However, it is highly unlikely that the banks will want to create a two-tier pay structure. With that in mind, contractors will have to seriously weigh up the options of a permanent salary with benefits against the uncertainty of future contracts and HMRC hard on the tails of non-compliant employers.

There is little doubt that many people will look elsewhere. In a strange twist of fate, there are reports of IR35-friendly contract opportunities in the public sector (for example, at HMRC, where the roles were originally classified inside of IR35, only to be outsourced to a third party now seeking contractors to complete the work).

Many organisations will embrace the new changes and follow the assessment process.

They will have the comfort of being compliant and correctly engaged with their total workforce.

Many contractors run their own successful businesses, providing services to clients that legitimately sit outside of IR35.

It would seem shortsighted not to retain these services, where possible.

The potential cost of replacing critical skills to deliver projects in a market that is already short on skilled talent leads me to believe that the clients will end up paying more in the long run.

There is the opportunity to find middle ground during the assessment process: it may benefit both parties to resolve matters before market conditions change.

Can the private sector see a positive outcome from IR35 changes?

There are plenty of lessons to be learned from the roll out of changes to IR35 in the public sector in 2017.

With more than 51% of hiring managers reported as having lost skilled contractors, and more than 70% reported to have struggled to retain their off-payroll workers, companies should try to avoid similar scenarios when planning for 2020.

A reliance on the UK Government’s Check Employment Status for Tax (CEST) online tool caused massive confusion, as it still does today. Blanket ‘all caught’ assessments saw a mass exodus of contractors from key projects leaving almost 80% of projects failing to meet deadlines or having to reset expectations. Large-scale outsourcing of the projects has barely managed to fill the gap. Cost savings have not materialised.

Some would argue that there are no winners, with employers paying more, contractors being paid less or losing jobs, projects failing, and HMRC making far less tax revenue than anticipated.

Even the large consultancies are struggling to the find the right talent at the right price, which is eating into their profits.

Despite this, organisations that manage the process diligently and with reasonable care, are more likely benefit from a flexible but firm approach to assessment.

Off-payroll workers provide a huge variety of services. They should be engaged appropriately.

There is middle ground in the majority of circumstances, and the key to success is finding it.

Traditionally, one of the tax key benefits for contractors has been the ability to claim for daily travel expenses and sustenance. This made the long commutes to jobs in large cities more affordable. Perhaps one positive outcome will be the affordability of highly skilled talent on a more local basis. It should certainly help accelerate the drive to more flexible and remote working practices.

With the Brexit deadline of 31st October rapidly approaching, there is a real possibility that a further six month extension could coincide with the IR35 rule changes deadline of 6 April 2020. This is concerning.

To make matters worse (or better), lobbying groups continue to challenge HMRC on the objectives of the new legislation. The rules could still be changed, beyond what we know today. Perhaps they will be delayed or withdrawn completely. Anything could happen when it comes to IR35 private sector changes.

While Brexit commands so much media attention, it is possible that some of the consequences of a delay are being missed. Our recommendation is to be be informed, be prepared, and take action.

With the above in mind, Hudson RPO are global leaders in recruitment process outsourcing and managed services provision.

Since 1999, customers have trusted us for innovative, customised recruitment outsourcing, and talent solutions.

We offer an exceptional ability to source and hire candidates with hard-to-find skills on behalf our clients. We also support our client with IR35 and SoW solutions.

Our approach is highly consultative, professional and, above all, honest. We may not have all the solutions to the challenging times ahead, but we would welcome the opportunity to talk to you to see how we can help.

Sign up to receive the latest recruitment insights and Hudson RPO news. 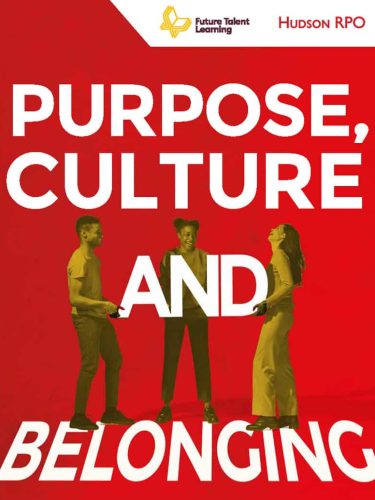 Download our latest whitepaper and discover how to create a sense of belonging and teamship in your organization.